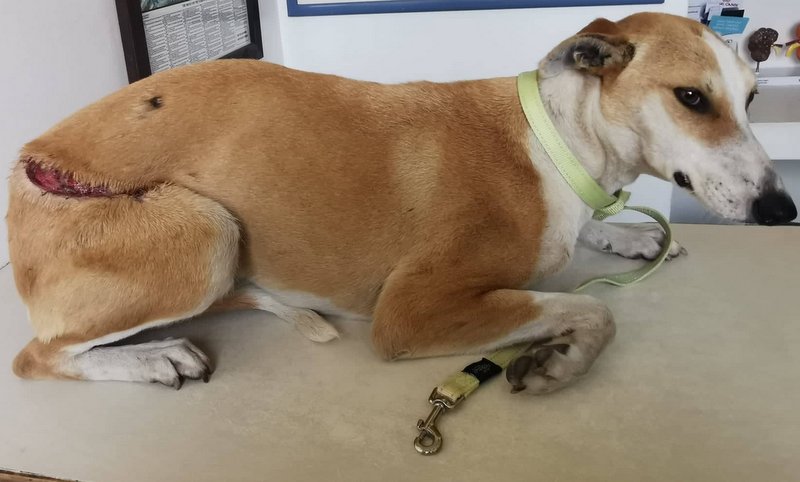 He works under cover of night when everyone is sleeping. Except the dogs. The dogs are on duty, outside, protecting family and property, as dogs do. Our message to dog owners is simple. Bring your dogs indoors at night where they are safe, where they will keep you safe.

Dog owners laugh or frown. The concept is not easily understood though, to be fair, many more owners are bringing pups and smaller dogs indoors when night falls. Habits are changing but slowly, so slowly, and many dogs are still left out to fend for themselves. Helpless victims of this man who wishes only grievous bodily harm to the vulnerable and innocent.

He walks the streets of Sea Vista after midnight. He carries a sharpened panga, a thin skewered knife, a screwdriver, poisoned meat – his tools vary, week by week.  People have seen him in the act of attacking dogs. They’ve heard animal screams and seen blood flowing. They turn and look away.  This man instils terror in the community. Some of his attacks are personal, others random. A revenge attack, if his name is leaked to police, is to be avoided at all cost.

St Francis Animal Rescue cleans up after this killer. Calls for help come early, just after 7.00.  We’ve seen so much horror. Unspeakable attacks on pups and adult dogs that have us racing to the Humansdorp Veterinary Clinic to stop the excruciating pain.

Most victims are quickly euthanized. Others are sedated for surgery. Deep wounds are cleaned and sutured. Traumatised dogs are brought home. “Please, please keep your dog indoors at night!”

Hard to believe this man is human. Someone’s son, brother, father, cousin, uncle, lover. No one will speak his name. No one will identify exactly where he lives.

One of his attacks is particularly gruesome. We report this to the SPCA. A detailed report of a 4-month old pup’s injuries is written by Dr Annelise Barker. Even a seasoned vet who has seen everything, is palpably shocked.  This report is given to the SPCA Inspector. A case is opened.

Or is it? The Inspector calls. The owner of the pup must file a complaint against the perpetrator at our local SAPS. But she is afraid. She has other dogs. She is at work all day and cannot protect them. She stops answering our calls.

Another young pup is left for dead in a skip. Street sweepers call us. “Please come quickly, quickly!”

Two dogs are poisoned. One is the mother of new-born puppies.

An old dog with sad, rheumy eyes is struck on his head with a screwdriver. The wound is deep, but has not penetrated the skull. He will survive. “Please keep your dog inside at night!”

A beautiful young dog is slashed with a panga and left for two days before we are summoned.

At our outreach we ask the boys who help us. Do you know this man?

The one killing and hurting dogs?  One boy admits the man is the cousin of a friend, but then his eyes grow wide and he hurries away. The other boys laugh, nervously.

We repeat the mantra. “Where is your dog sleeping at night?” But everyone who visits our outreach knows what they must say, true or false, “he sleeps inside”.

He makes a mistake. He goes out during the day with his Pitbull. He loosens the dog’s chain and encourages it to attack other dogs.

The injuries caused by this dog are mild, compared to his owner’s own fearsome assaults. He sets about beating injured dogs. We receive a call for help but it is too late. He has disappeared.

The caller, whose dog has been hurt, says she will report the man to the police. Next day she opens a case against him. She sends the case number to us. Maybe now there is a chance? Law Enforcement and the SPCA are contacted. Dare we hope that something will be done? 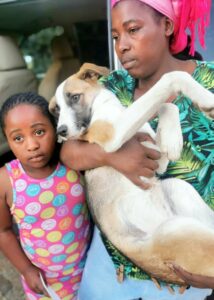 We speak earnestly to members of the community. “If you stood together, caught him in the act of hurting animals . He is only one man and there are so many of you. Unity is strength. You have the power to stop this. He must be punished!”

But no. Everyone is afraid, so they say. But there is indifference also. Too many give a shrug. Not my business. Not my problem. Not my dog.
This is how it is in a place where everyone knows everyone else. Where there are no secrets. Where it’s easier to walk away than confront a problem. If you haven’t seen the cruelty, does it exist?

There is the Chinese proverb about the flapping of the wings of a butterfly causing a tempest. Actions have consequences. Lack of action, in this case, has the greatest effect.

At the time of writing, this man continues to roam Sea Vista at night carrying weapons to hurt and maim any dog crossing his path. 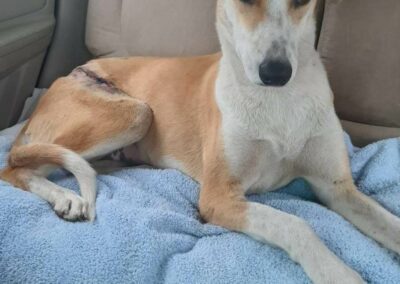 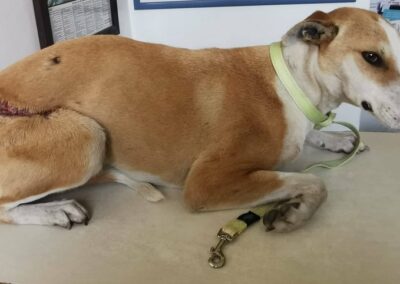 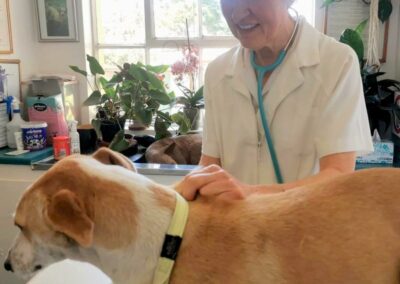 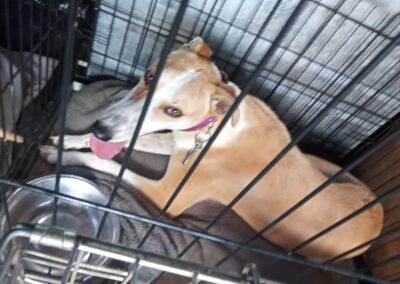 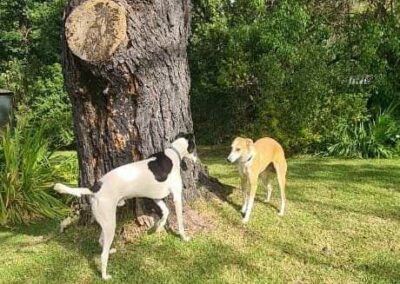 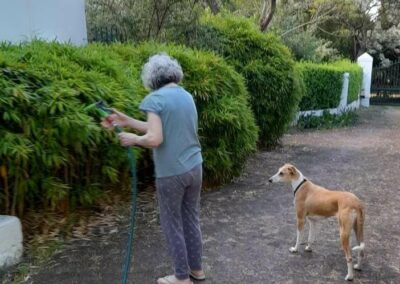 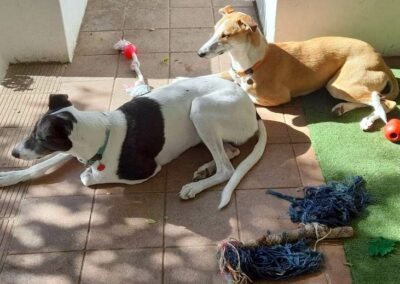 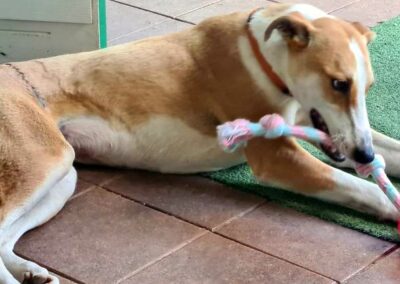